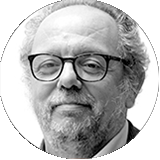 Luis Enrique Alonso is a graduate and Doctor in Economic Sciences. Since 1984, and until the present day, he has taught in the Sociology Department at the Universidad Autónoma de Madrid, where he was a senior lecturer until 2001 and was then made Professor.

He has taught internationally at the following universities: London South Bank, Paris IX (Dauphine) and Paris I (Laboratoire Georges Friedmann), Xalapa (Verzcruz, Mexico), La República Uruguay and San Marcos (Lima, Peru). He specialises in Economic Sociology and in the study of the phenomena of collective action and social movements, he has also directed research on these issues within the European Union and in the Spanish government’s competitive programmes.

He has published more than one hundred articles in national and international specialist indexed journals and collective monographs, as well as around ten books of which he was the sole author, some of which have been translated into French, English and Portuguese.