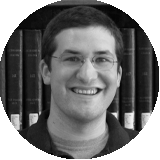 Edward Holt, “In eo tempore: The Circulation of News and Reputation in the Charters of Fernando III.”Bulletin of Spanish and Portuguese Historical Studies 42, no. 1 (2017): 4-22.