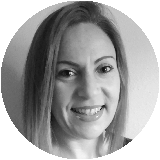 Laura Villa received her Ph.D. from The Graduate Center (CUNY) in 2010 and was an Assistant Professor at the University of Dayton and Queens College (CUNY). Her research interests revolve around the intersection of language and politics. Her main line of study examines the development of standard norms in mid-nineteenth-century Spain, a period of deep political and economic transformations marked by the emergence of a constitutional monarchy, an incipient capitalist system, and a new postcolonial order. She has also studied the international promotion of the Spanish language (especially in Brazil) led by the geopolitical and economic interests of Spain’s companies and governmental agencies in the global era, the teaching of Spanish as a heritage language to Latinxs in the US, or the exploitation of bilingual workers in the US labor market facilitated by the neoliberal discourse of the economic value of languages. Laura Villa is co-editor of Anuario de Glotopolítica.

This project studies the politics of the Spanish language and public discourse on language in the context of the gradual opening of Franco’s regime since the mid-1950s. Taking the economic and political circumstances of the period into account, this project examines the strategies to position the Spanish language vis-à-vis other languages spoken in the country, as well as Spain’s efforts to promote the Spanish language and its institutions in order to regain a leadership position in the Hispanic community. The goal is to understand the co-construction of linguistic processes and historical processes, i.e. the ways in which social identities were negotiated, political subjectivities were constructed, language hierarchies were naturalized, and social inequalities were reproduced. In addition, the project has an applied dimension because it offers a historical reconstruction of language policies, attitudes, and ideologies that have their roots in Francoism but are still very relevant today.

2013. “The officialization of Spanish in mid-19th century Spain”, in José del Valle (ed.), A political history of Spanish: The making of a language, Cambridge: Cambridge University Press, pp. 93-105.