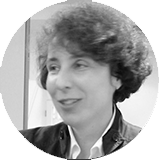 Sabine Panzram is a Professor of Ancient History at Hamburg University. She obtained her PhD at Münster University after completing her studies in Freiburg and Barcelona. She has been a Research Fellow of the German Research Foundation at the German Archaeological Institute in Berlin, and now holds an EURIAS / Marie Curie Senior Fellowship at the MIAS – Madrid Institute for Advanced Study.