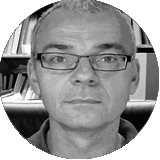 Obtaining the CAPES and the History Agregation in 1992.

Member of the School of Higher Hispanic and Iberian Studies (EHEHI, Casa de Velázquez) from 1996 to 1998. Doctor in Ancient History in 2000 (Gadir/Gades and the "Circle of Strait": from genesis to the Augustan period, dir. Jean-Marie Pailler). Post-doctorate (HDR preparation: Creation and dissemination of the monetary instrument in the West) at EHEHI in 2007-2008. Lecturer at the University of Pau and the Pays de l'Adour since 2001.

Director of studies for the ancient and medieval periods at Casa de Velázquez since September 2013. His research activity focuses on the West, the Atlantic and the Mediterranean, more precisely from Southern Gaul to West North Africa via the Iberian world, during the pre-Roman and Roman periods.

Two major themes: the ancient economy, particularly through monetary production, and the organization of rural and urban areas.