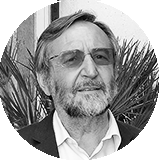 His research focuses mainly on the study of social networks and Atlantic travel amongst the colonial elite.

He has been a guest lecturer in several universities in Europe (Switzerland, Spain) and in Latin America (Mexico, Argentina, Chili, Costa Rica, Guatemala). He is widely published in international indexed journals and collective works, resulting from research programmes funded by national or international agencies.

He has coordinated around fifteen publications, including Cambio institucional y fiscalidad (2018) with Z.Moutoukias. He is the author of Terre et société coloniale en Verapaz (1987), Grandeur et misères de l’office (1999, translated into Spanish, FCE, 2011) and L’Amérique des Ibériques (Armand Colin, to be published in 2019). Since 1995 he has supervised the research (doctoral and post-doctoral) of around thirty young researchers. He is currently the director of the Casa de Velázquez (Madrid).