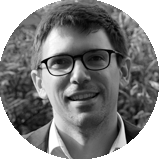 COLEX (Coopetition and legislation in the Spanish Netherlands — 1598-1665)

Nicolas Simon is a legal historian from Belgium, who has been awarded the Marie Sklodowska-Curie Individual Fellowship (October 2019-September 2021) to work on the COLEX project. Since October 2017 he has been a Postdoctoral Researcher at the UCLouvain University funded by the National Scientific Fund (FNRS). He takes a special interest in legal history of the Spanish Monarchy and the Low Countries. He is investigating especially the implementation and the dissemination of the legislation in the Habsburg Netherlands during the 16th & the 17th centuries. Previously, he has undertaken research on the decision-making process regarding the legislation enacted in the Habsburg Low Countries (1580-1610). His Ph.D. dissertation has been distinguished by the Belgian Royal Academy for best study in legal history (Charles Duvivier Award 2013-2017). He is also the assistant director of the editorial board of the Histoire, Justice et Sociétés book series (Presses universitaires de Louvain), as well as a founding member of ModerNum, an interdisciplinary research network dedicated to the early modern period and funded by the FNRS.

The COLEX (Coopetition and legislation in the Spanish Netherlands (1598-1665)) project aims to produce a new and innovative research on the (in) effectiveness of the legislation promulgated in the name of the King of Spain in the Spanish Netherlands during the reigns of Archdukes Albert and Isabella (1598-1621) and Philip IV (1621-1665). The concept of coopetition [contraction of cooperation and competition] will be used as a basis for a careful study of the chosen topic. The choice to focus on the Habsburg Netherlands, which were part of the Spanish Monarchy since the end of the 15th century, is motivated by the political and institutional history of these territories. Far from being a homogeneous political entity, the Netherlands were comprised of a plurality of principalities with particular rights (privileges, customs). They are a perfect case study to investigate the rationale behind the decisions regarding the implementation of the legislation. In addition it would also offer the possibility to compare this situation with other territories of the early modern Spanish Monarchy. At the conceptual level, the project aims to operationalize the concept of coopetition, that is, the capacity to compete and cooperate simultaneously between agents involved in the decision-making process and in the implementation of legislative decisions.