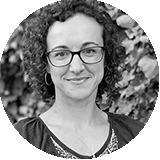 Exploring the production of devaluation, exploitation and exclusion in the relationship between natural resource extraction and migration.

María Hernández Carretero is an anthropologist and migration researcher, with a background in sociology and international development and peace studies. She has a Ph.D. from the University of Oslo and degrees from McGill University and the University of Tromsø, in Norway.

Her main research focus has been on Senegalese migration to Spain, for which she has conducted extensive ethnographic research in both Senegal and Spain since 2007. Her research has covered a range of aspects including European and Spanish border control policies and measures along the Euroafrican borderland; prospective migrants’ perceptions of the risks associated to dangerous, unauthorised migration journeys; transnational dynamics between migrants in Spain and their close relations in Senegal, and dynamics of irregularisation and other forms of racialised exclusion of migrants in Spain. She has also undertaken research on the reception of newcomers in Norway, including state approaches and civil socie- ty engagement. She has been a member of Casa de Velázquez in 2021-2022.

This project explores the relationship between transnational natural resource extraction and the racialised production of excluded, undervalued, exploitable labour. It does so through an ethnographic study of the case of foreign exploitation of Senegalese maritime resources (mainly fish) and the unauthorised migration flows to Europe that it partly fosters.

The project departs from the hypothesis that the production of irregularised migrants as cheap, flexible, exploitable labour is partly the result of the foreign exploitation and exhaustion of the natural resources (here, maritime) that once constituted their communities’ traditional livelihoods. By interrogating this relationship, the project studies how exclusion and exploitability are produced in the Anthropocene, and with what consequences for people and nature. In doing so, it questions what notions of life, value and care underlie the processes of (racialised) devaluation that allow the forms of exclusion (from subsistence, mobility, rights, care, and recognition) and exploitation it examines.

- 2017. Hope and uncertainty in Senegalese migration to Spain: taking chances on emigration but not upon return. In Kleist, N. and Thorsen, D. (Eds.), Hope and Uncertainty in Contemporary African Migration (pp. 113-133). New York: Routledge.

- 2015. Renegotiating Obligations through Migration: Senegalese Transnationalism and the Quest for the Right Distance, Journal of Ethnic and Migration Studies, 41(12): 2021-2040.