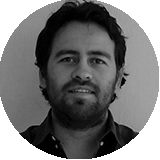 Development of Artificial Intelligence in the Public Sector from an ethical and human rights perspective: cases of Spain and Mexic

Edgar Alejandro Ruvalcaba Gómez is a Research Professor at the Universidad de Guadalajara (UDG), at the Centro Universitario de Ciencias Económico Administrativas (CUCEA), Department of Public Policies. He has a Ph.D. in Law, Government and Public Policy from the Universidad Autónoma de Madrid (UAM), Spain.

Edgar conducts research on open government, transparency, citizen participation, open data, digital government, anti-corruption policies, and artificial intelligence in the public sector. He has more than 40 academic publications, he has been awarded for some of his research, and he teaches public policy programs at the bachelor’s, master’s, and doctoral levels. He has been a visiting researcher at Trinity College in Dublin, Ireland, and at the Center for Technology in Government (CTG) at the University of Albany, New York, USA. He has been Researcher-Consultant for the Open Government Partnership, among other institutions. He is currently Coordinator of the Red Académica de Gobierno Abierto (RAGA) in Mexico, and member of the National System of Researchers.

The research project “Development of Artificial Intelligence in the Public Sector from an ethical and human rights perspective” studies and analyzes the characteristics and development of public administration in its process of adopting new technologies related to artificial intelligence.

The research focuses on public policies that use Artificial Intelligence (AI) and that has generated different complications and difficulties when being implemented in government activities, with inexperience and ignorance on the part of public officials of the different possibilities for improvement that AI has in their work, as well as the limited capacities of public officials for the management and implementation of AI. In this sense, the research focuses on elements of ethical and human rights dilemmas, as well as their different implications in the public and social sphere.

Considering AI as a trend of the fourth industrial revolution, the objective of the project is to analyze how the process of adopting AI public policies has developed in public administration, mainly an ethical and humanrights approach.