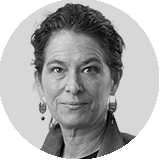 Susie Porter received her Ph.D. from the University of California, San Diego. She is Professor of History and Gender Studies at the University of Utah; facilitates leadership and activism workshops for the Latinx community; and serves as a country conditions expert for asylum cases.

Susie Porter’s research explores the ways work and class identity shape individual experience, social movements, and historical change. Her first book examined the ways gender and sexuality informed the workplace and shaped the lives of women in factories and on the streets of Mexico City. In her second book, Porter takes up the complexities of middle-class identity in the first half of the twentieth century. The book examines how the daily experiences of work shaped women’s consciousness, literary production, and social movements. She argues that at the heart of the Mexican women’s movement was a labor movement led by secretaries and office workers who demanded respect for seniority, equal pay for equal work, and support for working mothers, both married and unmarried. Office workers also developed a critique of gender inequality and sexual exploitation both within and outside of the workplace.

A survey by the National Institute of Statistics and Geography of Mexico found that 27% of women have experienced some type of violence at work (INEGI, 2016).

The present study, Señorita Telefonista, contributes to develop a conceptualization of sexual harassment rooted in the specificities of Mexican history. Focusing on telephone operators in Mexico City in the first half of the twentieth century, the study explores the link between class identities, workplace discrimination, and sexual harassment.

During the early years of telephony, management, and women themselves, identified telephone operators as señoritas as a way of associating the occupation with middle-class respectability. Such claims paved the way for their entry into the workplace. However, such respectability was not enough to protect them against workplace sexual harassment. In response, telephone operators organized and were among the most combative and successful organized workers during the 1920s. However, while they achieved better economic benefits, they were less successful in fighting gender discrimination and sexual harassment at work.