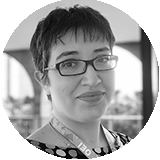 The authentic image of the Nation: the Argentine Republic at the Ibero-American Exhibition in Seville (1929) and at the International Exhibition in Paris (1937)

Georgina G. Gluzman (Buenos Aires, 1984) is a Researcher at the Consejo Nacional de Investigaciones Científicas y Técnicas (National Scientific and Technical Research Council) in Argentina. She is also an Assistant Professor of Art History and Gender Studies at the Universidad de San Andrés in Buenos Aires. She received her Ph.D. from the Universidad de Buenos Aires in 2015, having previously received an undergraduate degree in art history and a teaching certification from the same university.

Her work focuses on the art of nineteenth -and early twentieth- century Argentine women artists. Her research has been supported by the Getty Foundation and the Institut National d’Histoire de l’Art (Paris), among other institutions. She has served as a guest curator and curatorial advisor at various institutions, most notably at the Museo Nacional de Bellas Artes (National Museum of Fine Arts) in Argentina.

This project aims to study the characteristics of the “representation” of the Argentine Republic in two international events: the Ibero-American Exposition in Seville (1929) and the International Exposition in Paris (1937).

While Martín Noel wrote that the Ibero-American Exposition in Seville confirmed “the noble Hispanic lineage of America,” the news about the Argentine participation in Paris in 1937 aimed to describe the “conquering flame of space” of the allegedly thriving Argentine nation. I will analyze the characteristics of these national representations, their links with other nationalist discourses of the period, and the participation of several social agents in their formation. What images were chosen to function as the “authentic” representation of the nation? What differences can be found between the Argentine representation in Spain and in the French capital? What cultural agents intervened in these configurations? What objects circulated, and how were they read in foreign lands?