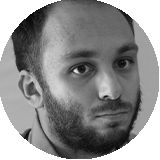 Organising politically abroad: the case of Venezuelans in Madrid

Thomas Posado has a Ph.D. in Political Science from the University Paris-8 and is an associate researcher at CRESPPA-CSU (UMR 7217 CNRS). His doctoral research dealt with trade union recompositions in contemporary Venezuela, and he has published on a number of related topics such as the history of the Venezuelan trade union movement, the trajectory of Venezuelan trade union leaders, the political situation in Venezuela, its de-democratization and Latin American populism.

As a member of the Casa de Velázquez for 2021-2022 and fellow of the Institut Convergences Migrations, he is developing a new line of research on the political socialization of Venezuelans in Madrid, in the context of this wide-ranging migratory crisis.

This project focuses on the relationship of migrants to their country of origin and to their host country, with particular attention to their relationship to politics.

The Venezuelan migration crisis is one of the most acute in the world. There are 439,516 Venezuelan-born people in Spain and 130,724 in the Community of Madrid, a collective that is becoming poorer. Several of the most important leaders of the Venezuelan opposition live here.

Venezuelans in Spain are one of the only Latin American communities that vote more for right-wing parties than for left-wing ones. Is this the logical consequence of their social characteristics or has the Venezuelan crisis transformed their political identities? My methodology is based on interviews with associations that bring together Venezuelans here. Some of them are dedicated to the insertion of Venezuelans into Spanish society, while others engage with the Venezuelan opposition developing an “exopolity” trying to delegitimise Nicolás Maduro’s regime from Madrid.