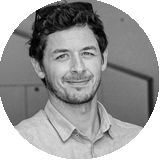 Romain Bonnet holds a Ph.D. in History and Civilization from the European University Institute of Florence (EUI, since 2016). His scientific background is international and interdisciplinary, as evident from his three Master degrees, as well as from his strong command of several languages (English, French, Spanish, Italian, etc.). Doctor Bonnet’s doctoral dissertation is an original comparison of peasant revolts and political violence in post-First World War Italy (1918-1922) and in the Spanish Second Republic (1931-1936). It was awarded the Pier Paolo d’Attorre dissertation’s prize from the Gramsci Foundation (Italy, 2017). From 2017 to 2020, the author deepened his comparative and interdisciplinary research on violence and social movements, by working on the French metropole and colonies between 1870 and 1914, in a project of the European Research Council (ERC). A certified Professor (Maître de Conférences qualifié), Doctor Bonnet has always combined research and teaching duties.

There exists a Southern European Question. Lucien Febvre, who co-founded the Annales d’histoire e?conomique et sociale with Marc Bloch in 1929, evoked this major phenomenon by the oxymoronic concept of “solid Mediterranean” (L’Europe. Gene?se d’une civilization, 1944). Only the use of the comparative method helps to grasp scientifically this complex, multi-faceted and transnational phenomenon. Indeed, the latter affected differently the durably rural and very diverse societies of Southern Europe. Such phenomenon involved a plurality of national realities, all marked by the predominance of the concentration of the great property, and by diverse and multiscalar forms of industrial and imperial expansions. Hence, this case-study-based project analyzes comparatively some of the main peaks of political violence which marked the rural societies of Southern Europe during such key periods of political transition as 1910-1912 in Portugal, 1918-1920 in Italy, 1931-1933 in Spain.