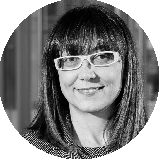 Arianna Vedaschi is Full Professor of Comparative Public Law at Bocconi University, Milan (Italy). Her research fields are counter-terrorism law, national security and human rights, on which she authored several articles and book chapters. Among her most recent publications, The Dark Side of Counter-Terrorism: Arcana Imperii and Salus Rei Publicae, in The American Journal of Comparative Law, 2018 and The European Court of Justice on the EU-Canada PNR Agreement. ECJ 26 July 2017, Opinion 1/15, in European Constitutional Law Review, 2018. She wrote two monographs and she co-edited and co-authored, with D. Cole and F. Fabbrini, Secrecy, National Security and the Vindication of Constitutional Law, Elgar, 2013. She is the Coordinator of the Research Group on Constitutional Responses to Terrorism within the International Association of Constitutional Law. She acted as Italian national expert for a number of projects and she is a member of the Europol Platform of Experts.