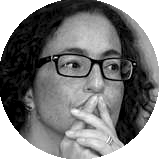 Researcher at the Institute for Social Research of the Universidad Nacional Autónoma de México (UNAM) and a professor at the School of Latin-American Studies of the Faculty of Philosophy and Humanities at the same university. PhD in History, Ecole des Hautes Etudes en Sciences Sociales, Paris. Member of the National System of Researchers of Mexico. Her last book, edited with Emilio Crenzel, is The Struggle for Memory in Latin America. Recent History and Political Violence. She is author of Batallas de la memoria. Los usos políticos del pasado reciente en Uruguay, wich won the Honorable Mention on the 2012 contest of the Recent History and Memory Section of the Latin American Studies Association. She has been charged with the Chair d’Études du Mexique Contemporain at the Université de Montréal. She is in charge of the project “Towards a History of the Mexican Present: Political System and Social Movements, 1960-2010”. Her lines of research include the history of the present time, the history of memory, student movements, dictatorships, transitions, memory and transitional justice in the Southern Cone and Mexico, armed movements in the 1970’s