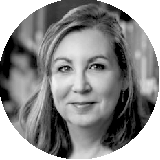 Luisa Elena Delgado is Professor and University Scholar at the University of Illinois (Urbana-Champaign) where she is affiliated with the Department of Spanish and Portuguese, the Unit for Criticism and Interpretive Theory and Gender and Women’s Studies. She has a degree in Hispanic Philology from the University of Madrid (Complutense) and a Ph.D from the University of California. She is an expert on modern and contemporary Spanish culture and literature, as well as on critical theory and cultural analysis.

She has authored or edited several books, special issues and over 45 chapters and/or articles in peer-reviewed, indexed journals. Her most recent publications include La nación singular. Fantasías de la normalidad democrática 1999-2011 (Madrid: Siglo XXI) which was a finalist for the National Book Award in Spain in the category of essay [2015]). In 2016, she published a co-edited volume, Engaging the Emotions in Spanish Culture and History (Vanderbilt UP). A Spanish edition (La cultura de las emociones y las emociones de la cultura) appeared in 2018 (Madrid, Cátedra).